Thirty-seven modern streetcar systems are committed or in the planning stages. 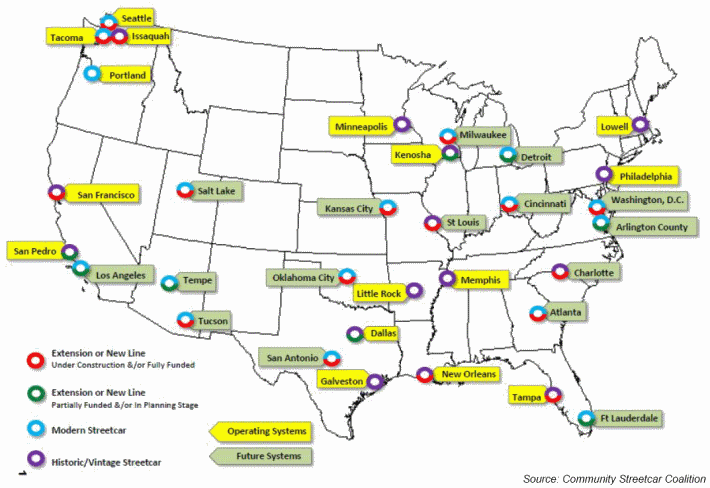 The first modern Streetcar system in the United States and therefore the most studied.  Interesting facts and lessons learned:

You may also be interested in the Tacoma Link Wikipedia entry as the official webpage is light on details.

In 2008, residents were so happy with the Tacoma Link service that they approved an expansion of the system by popular vote as part of a ballot initiative.  That expansion is still going through the planning process.